August was a down month for most equity markets, however Canadian stocks were one of the few positives. Meanwhile bonds and REITs performed well. 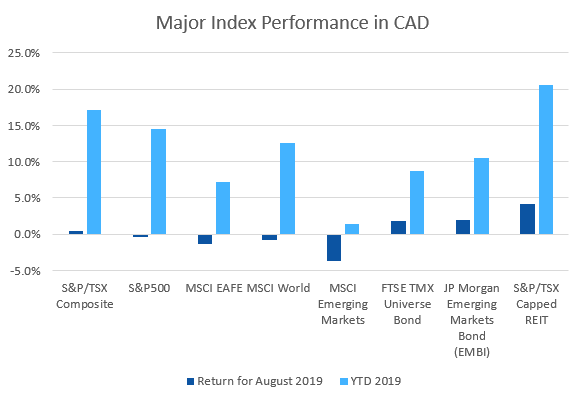 Oil posted its second negative month for 2019, and was down -5.9% in August.  Gold meanwhile had a strong month and was up +6.4%.  The diversified Bloomberg Commodities Index continued to struggle, declining -2.5% in August.

The Canadian Dollar (CAD) lost -1.1% against the US Dollar and was flat versus the Euro.

August demonstrated yet again the great value of a sound investment plan. If that plan targets our goals and is in tune with what we believe, then we can stick with it through volatile times. But it’s not easy to arrive at such a plan.

Whenever we reach an objective, it is easy to want more and change the plan.

Balancing current wishes with future possibilities in the plan is hard. Saving current income for future retirement is so hard even accountants simplify it. Media headlines always trumpet what just happened, rarely long-term evidence, never what will happen tomorrow.

People also tend to be overconfident that they have all relevant present information, and that they understand it. Distinguishing between facts and “false news” has always been hard.

Historical evidence is not a guarantee. But day-to-day events in the world’s tradeable markets are not useful for predicting the future. Daily returns in stock markets are volatile and unpredictable. But if your time horizon is more than five years however, even the stock market odds start to favour investors.

If you break up with your plan, your plan will let you down. This is why ModernAdvisor helps you have a plan that is right for you, and helps you stick with it. 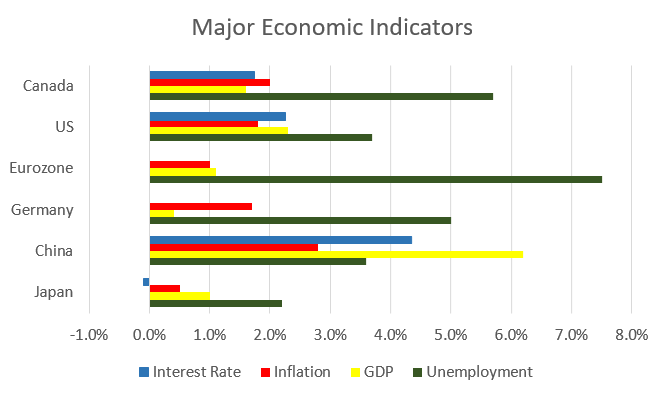 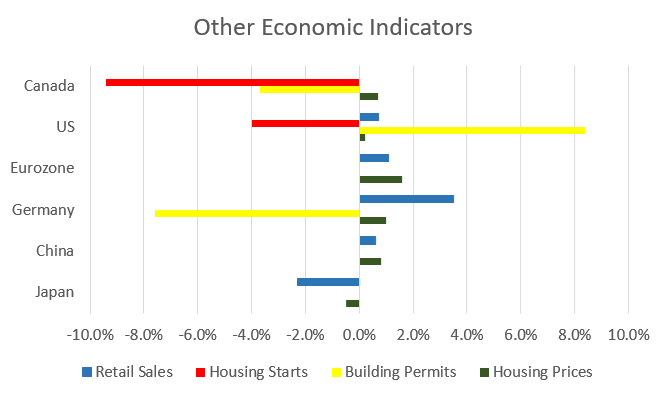 The inflation rate for July was +0.5%, and +2.0% on an annual basis.  Core inflation which excludes more variable items such as gasoline, natural gas, fruit & vegetables and mortgage interest was +2.0%.

Retail sales were flat in June; compared to a year ago retail sales were up +1.0%.  Stronger sales in most subsectors were offset by declines at motor vehicle and parts dealers, and gas stations.

The Bank of Canada next meets on September 4 when they are expected to leave the benchmark interest rate unchanged at 1.75%.