August was a negative month for almost everything; both equity and fixed income markets declined. 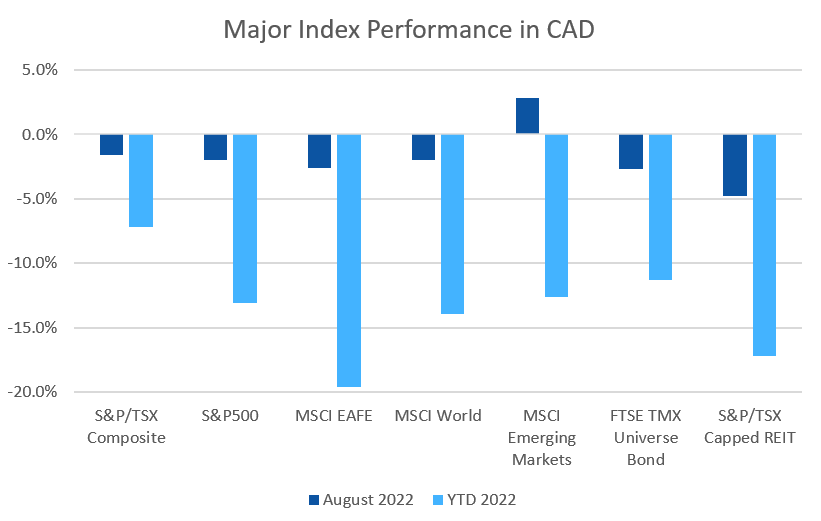 August was a negative month for almost everything, with both equity and fixed income markets declining.

The broad index of EAFE (Europe, Australasia & Far East) stocks lost -2.5% in August, bringing the YTD to -10.7%.  Out of the EAFE regions, European stocks performed a little worse, losing -4.1% for the month.  Meanwhile British stocks’ lost -1.9%, while Japanese stocks were one of the top performers at +1.0%.  Emerging market stocks were also one of the few positives in August, gaining +0.8%.

Bond markets’ strength was short lived, with most bond indexes not following through on July’s gains.

In August the Canadian Dollar (CAD) lost ground against the US Dollar, declining -2.2%, and -0.7% against the Euro.

Below are the readings released in August for the major economic indicators: central bank interest rates, inflation, GDP and unemployment. 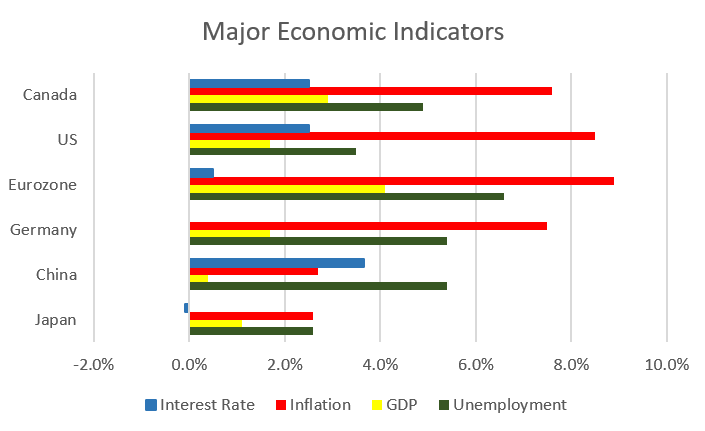 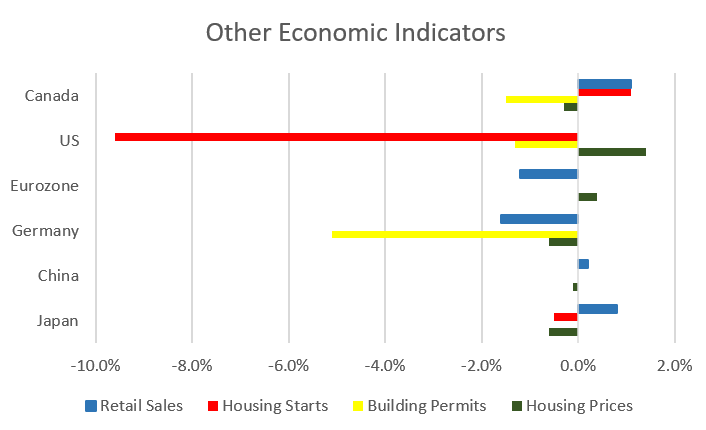 The inflation rate for July was +0.1%, and +7.6% on an annual basis, easing from the 39 year high seen last month.  Transportation, food, and shelter (aka life!) were the primary drivers of inflation.  Transportation costs surged +14.4% (driven by a 36% rise in gasoline prices).  Food inflation was +9.2%, and shelter rose +7.0%.  Core inflation which excludes more variable items such as gasoline, natural gas, fruit & vegetables and mortgage interest was +6.1%.

Canada’s GDP was up +0.1% in June, with both services and goods producing sectors posting gains. Accommodation and food services rose +0.8%, air transportation grew +5.6%, while finance and insurance shrank -0.6%.

The Bank of Canada’s next meeting is September 7, when the BoC is expected to raise interest rates again.