September was a follow on of the declines seen in August, as almost everything declined across both equity and fixed income markets. 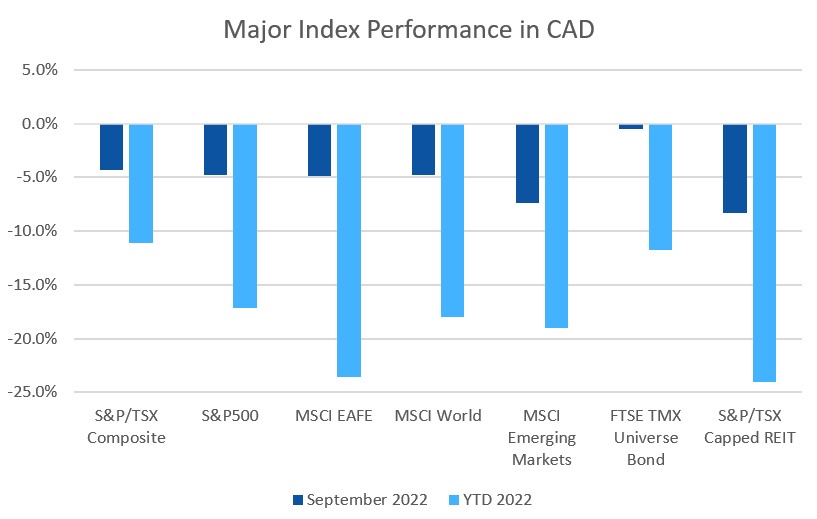 September was a follow on of the declines seen in August, as almost everything declined across both equity and fixed income markets.

The broad index of EAFE (Europe, Australasia & Far East) lost -6.6% in September, bringing the YTD to -16.6%.  Out of the EAFE regions, European stocks performed about the same, losing -6.1% for the month.  Meanwhile British stocks lost -5.4%, and Japanese stocks lost -7.7%.  Emerging market stocks which were positive in August, lost -9.6% in September.

In September the Canadian Dollar (CAD) lost ground, declining -4.6% against the US Dollar, and -1.7% against the Euro.

Below are the readings released in September for the major economic indicators: central bank interest rates, inflation, GDP and unemployment. 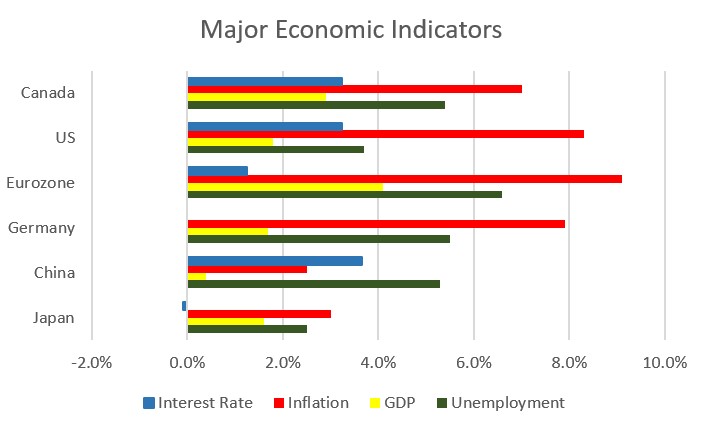 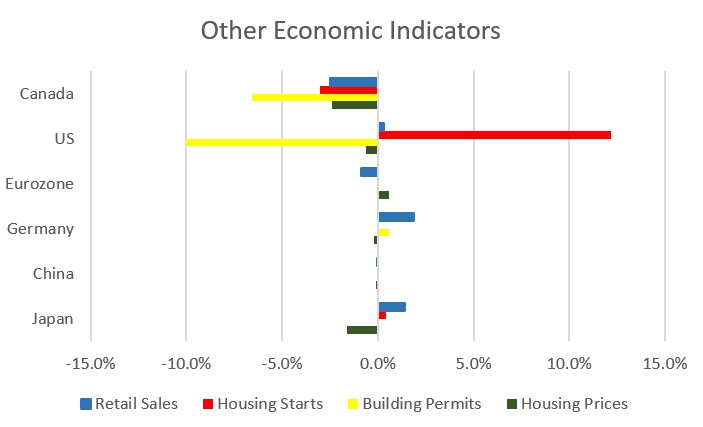 The inflation rate for August was -0.3%, and +7.0% on an annual basis, further easing from the 39 year high seen in June.  Transportation and shelter cost growth slowed, meanwhile costs continued to grow for groceries (+9.8% vs +9.2% in July.  Core inflation which excludes more variable items such as gasoline, natural gas, fruit & vegetables and mortgage interest was +5.8%.

Canada’s GDP was up +0.1% in July, with growth in goods producing sectors (+0.5%), slightly dampened by a contraction in the services sectors (-0.1%).  Mining, agriculture, and utilities did well, while retail was the largest decliner (-1.9%).

The Bank of Canada raised interest rates +0.75% to 3.25% at the September 7 meeting.  With short-term inflation expectations remaining high, expect further (hopefully smaller) interest rate hikes at the next few meetings; the consensus forecast is for the benchmark rate to hit 4.0% by the end of 2022.