May was mixed for equity markets, though none showed much strength. Fixed income was also mixed, and certainly didn’t provide much of a safe haven from equity market volatility. 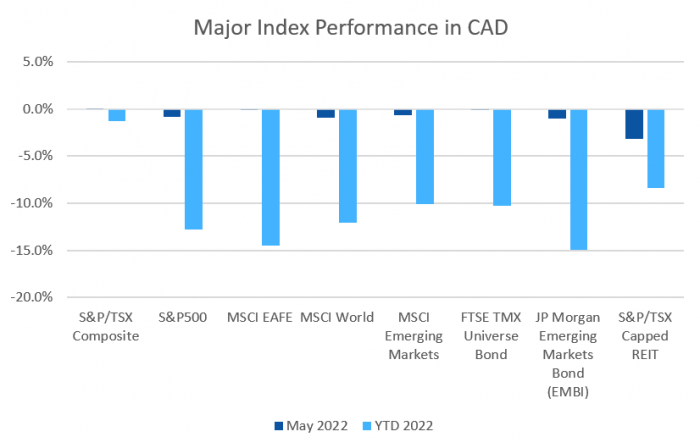 May was mixed for equity markets, though none showed much strength. Fixed income was also mixed, and certainly didn’t provide much of a safe haven from equity market volatility.

Bond markets continue to struggle with the prospect of higher interest rates; most indexes we track posted their fifth negative month in a row, with many having their worst start to the year in decades.

Below are the readings received in May for the major economic indicators: central bank interest rates, inflation, GDP and unemployment. 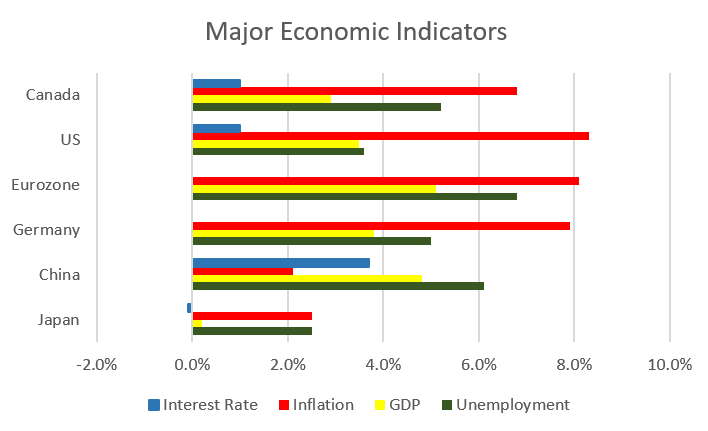 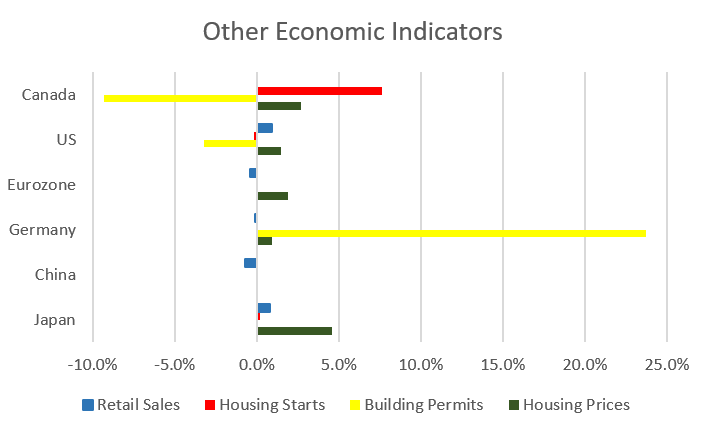 Retail sales were flat in March, with 10 of 11 sectors posting increases; a -6.4% decline at new car dealers offset the gains in the other 10 sectors.  Compared to a year ago, retail sales were up +2.7%.

As expected, after months of inflation higher than we’ve seen in more than a decade, the Bank of Canada raised interest rates +0.50% to +1.50% at the June 1st meeting.  The benchmark interest rate is expected to be raised a few more times this year as the BoC expects inflation to remain elevated.

The Bank of Canada also continued the process of quantitative tightening (the reverse of quantitative easing seen at the start of the pandemic and in the financial crisis).  Maturing bonds will no longer be replaced with new purchases, which will shrink the size of the Bank’s balance sheet.  This will in effect remove a large bond buyer from the market and increase the yields seen on longer term bonds (and fixed rate mortgages).