June was a difficult month for equity and fixed income investors alike. 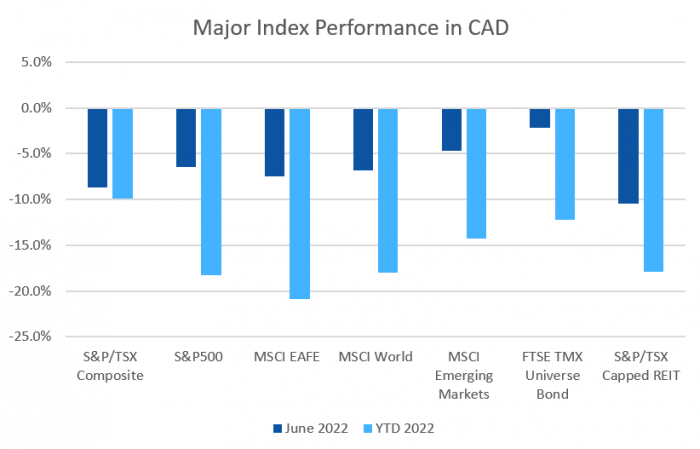 June was a difficult month for equity and fixed income investors alike.

Bond markets continue to struggle with the prospect of higher interest rates; most indexes we track posted their sixth negative month in a row, with many having their worst start to the year in decades.

Below are the readings received in June for the major economic indicators: central bank interest rates, inflation, GDP and unemployment. 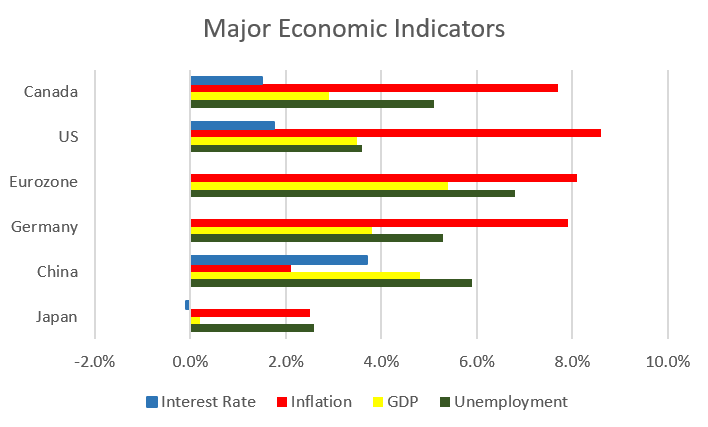 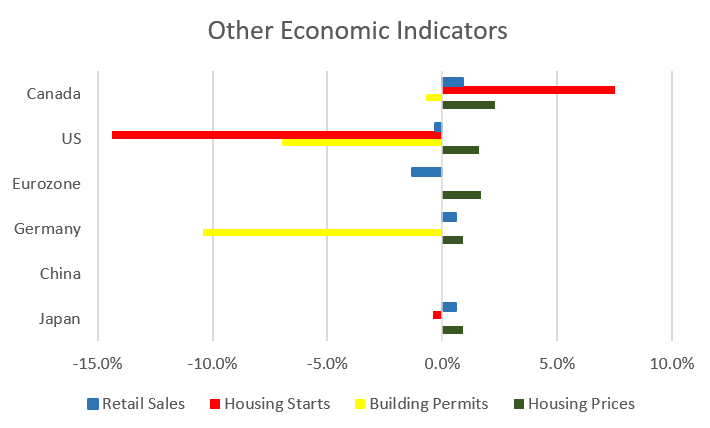 Canada’s unemployment rate dropped to 5.1% in May, the lowest rate on record since comparable data became available in 1976.  BC, New Brunswick, PEI and Newfoundland also had unemployment rates at or near record lows.  The economy added 135,400 full time jobs, while 95,800 part time jobs were lost.

The inflation rate for May was +1.4%, and +7.7% on an annual basis – the highest annual inflation rate since January 1983!  Transportation, food, and shelter (aka life!) were the primary drivers of inflation.  Transportation costs surged +14.6% (driven by a 48% rise in gasoline prices).  Food inflation was again +8.8%; that’s nearly +20% over the last two months.  Core inflation which excludes more variable items such as gasoline, natural gas, fruit & vegetables and mortgage interest was +6.1%.