March was a good month for equity markets around the world, while bonds continued to suffer. 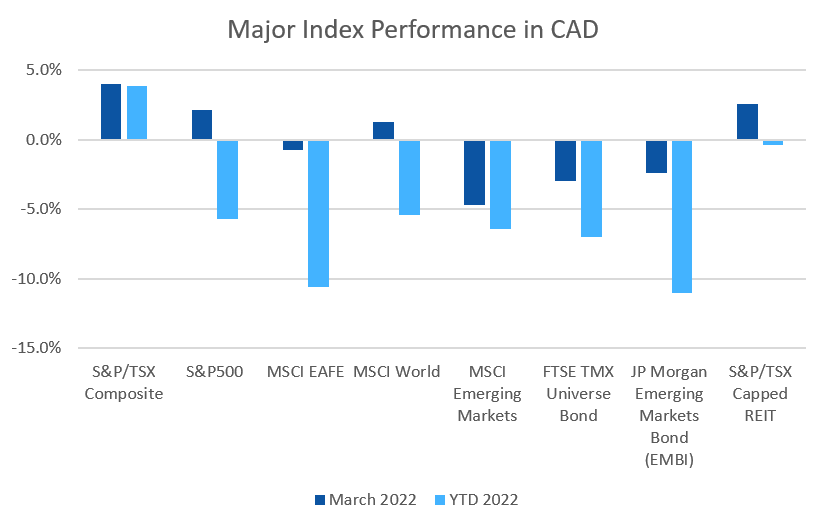 Bond markets continue to struggle with the prospect of higher interest rates; all indexes we track posted their third negative month in a row, with many having their worst quarter in decades. 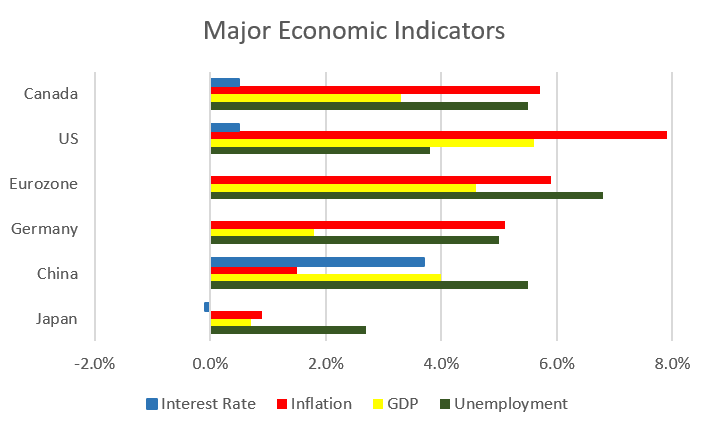 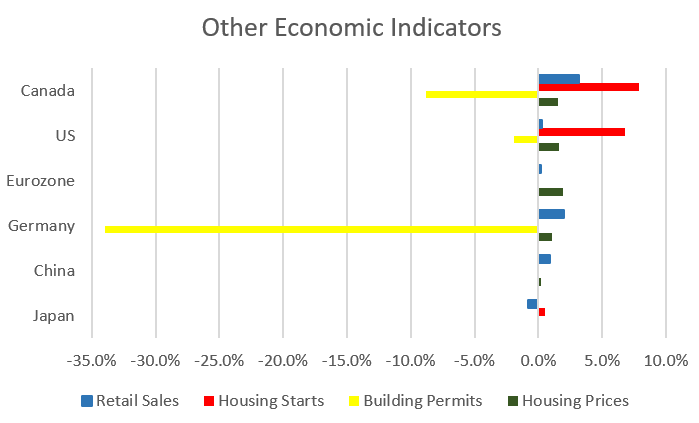 Canada’s unemployment rate dropped a full percent from 6.5% to 5.5% in February, finally returning to pre-pandemic levels and only 0.1% from the lowest rate on record.  The economy added 336,600 jobs, 121,500 were full time jobs, and 215,100 were part time jobs.  The job gains were concentrated in the services sector, with accommodation and food services, and information, culture and recreation the biggest gainers.

The inflation rate for February was +1.0%, and +5.7% on an annual basis – the highest annual inflation rate since August 1991!  Oil prices hit levels not seen in over a decade, which impacted most areas of the economy. The cost of shelter rose +6.6%, the sharpest monthly increase since 1983. Transportation and food prices rose more than +6% as well. Energy prices were also a major contributor, as gasoline prices rose +31.7%.  Core inflation which excludes more variable items such as gasoline, natural gas, fruit & vegetables and mortgage interest was +4.8%.

As expected, after months of inflation higher than we’ve seen in more than a decade, the Bank of Canada raised interest rates +0.25% to +0.50% at the March 2nd meeting.  The benchmark interest rate is expected to remain at its current low levels until into second half of 2022. The BoC expects inflation to remain elevated for the first half of 2022, after which they expect inflation to ease, although the invasion of Ukraine and the rapid rise in energy prices creates additional uncertainty for interest rate forecasters.