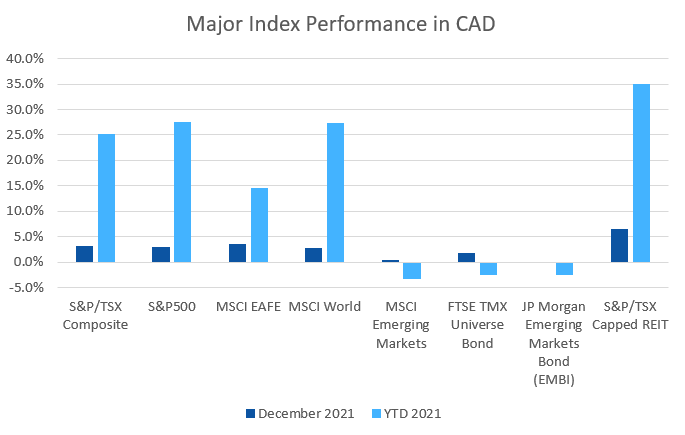 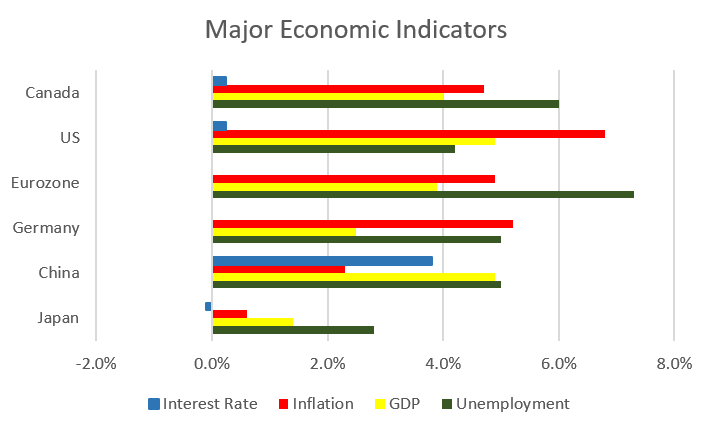 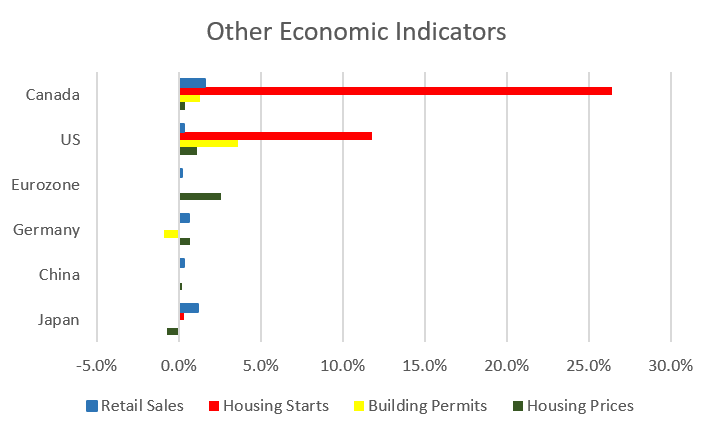 Canada’s unemployment rate declined for the sixth consecutive month, dropping to 6.0% in November, the lowest rate since the COVID-19 pandemic began in early 2020, as most provinces implemented vaccine mandates allowing more non-essential venues to reopen.  The economy gained 153,700 jobs, three times the forecasted amount.  79,900 full time jobs were created, along with 73,800 part time jobs.  Gains were concentrated in the private sector (+107,000), and healthcare (+44,000).

The inflation rate for November was +0.2%, and +4.7% on an annual basis – the highest annual inflation rate since February 2003.  Part of the reason for the higher level of inflation is the comparison to lower price levels seen in the midst of the worst of the pandemic last year, as well as ongoing supply chain issues.  Prices again rose in all eight components of the index.  The largest increases were seen in transportation (+10.0%) and household maintenance (+4.8%). Core inflation which excludes more variable items such as gasoline, natural gas, fruit & vegetables and mortgage interest was +3.6%.

Canada’s GDP was up +0.8% in October.  17 of 20 economic sectors saw growth, led by accommodation, construction and arts & entertainment. Mining and oil & gas extraction offset some of the gains.