October was a down month for nearly all equity market indices we track, with emerging markets being one of the few positives. 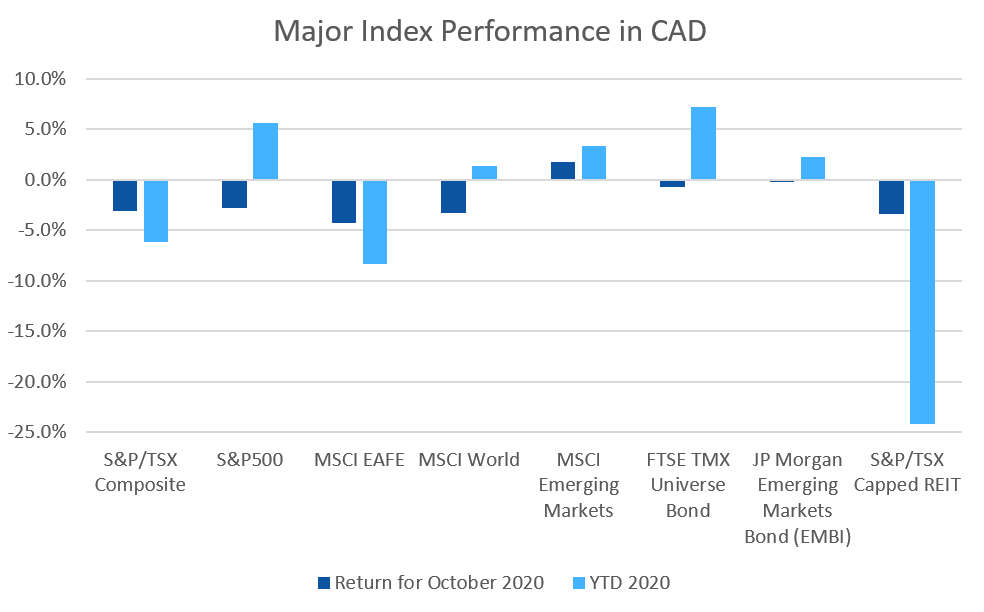 October was a down month for nearly all equity market indexes we track, with emerging markets being one of the few positives. 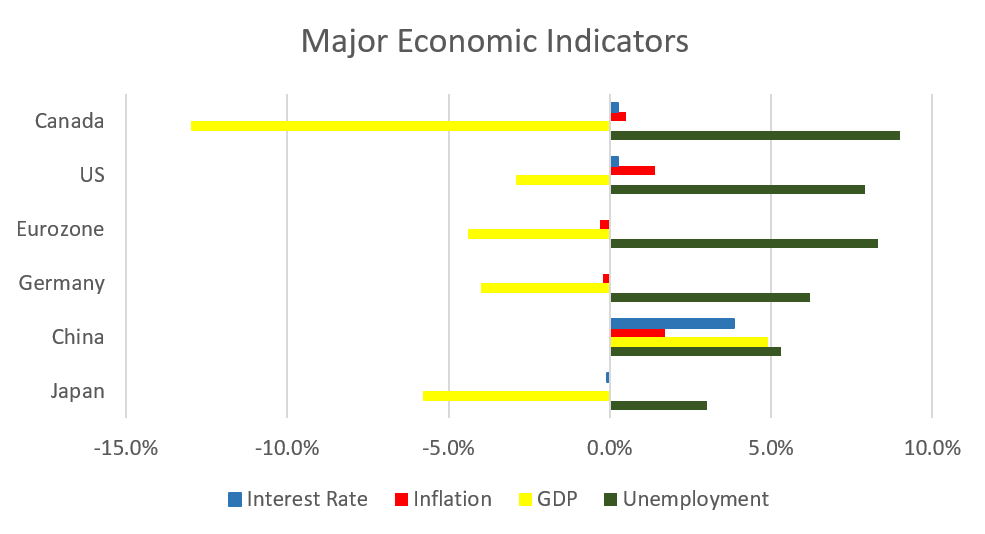 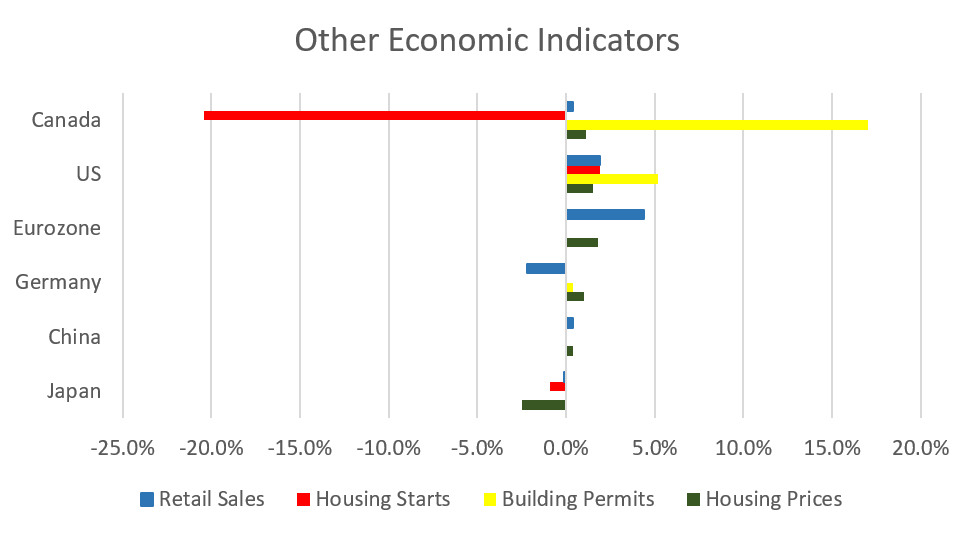 Housing prices across Canada were up +1.1% in September. Ottawa was the top performer at +2.3%, followed by Quebec City, Montreal, and Hamilton at +2.2%, +1.9% and +1.9%, respectively.  None of the major Canadian housing markets were down for the month.

The inflation rate for September was -0.1%, and +0.5% on an annual basis.  Core inflation which excludes more variable items such as gasoline, natural gas, fruit & vegetables and mortgage interest was +1.0%.  The cost of recreation, clothing & footwear, and reading & education declined, while housing, and health & personal care rose.

Canada’s GDP was up +1.2% in August, the third consecutive monthly gain, but economic activity remains 5% below pre-pandemic levels. Both goods and services sectors were positive; 15 of 20 industrial sectors posted gains.

As expected, the Bank of Canada left its benchmark interest rate at 0.25% at the October 28 meeting.  The BoC has adjusted its quantitative easing program towards purchasing longer-term bonds and that total purchases will be gradually reduced to 4 billion per week.