November was a strong month for stock and bond markets following announcements of positive test results for COVID-19 vaccines. 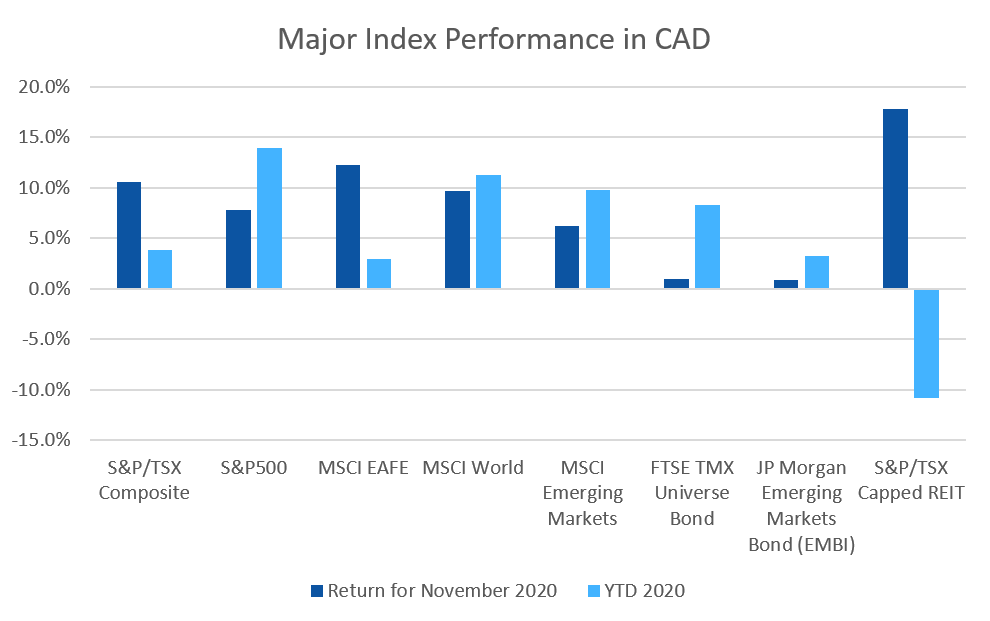 November was a strong month for stock and bond markets following announcements of positive test results for COVID-19 vaccines.

Bonds were broadly positive in November.  The major Canadian bond index, the FTSE/TMX Universe Bond Index, was up +1.0% and the FTSE/TMX Short-term Bond Index was up +0.2%.  Those indices are up +8.3% and +5.1% for 2020.  US investment grade bonds were up in November, as were high yield and distressed bonds. Emerging market bonds were up +0.9% for the month.

Below are the readings received in November for the major economic indicators: central bank interest rates, inflation, GDP and unemployment. 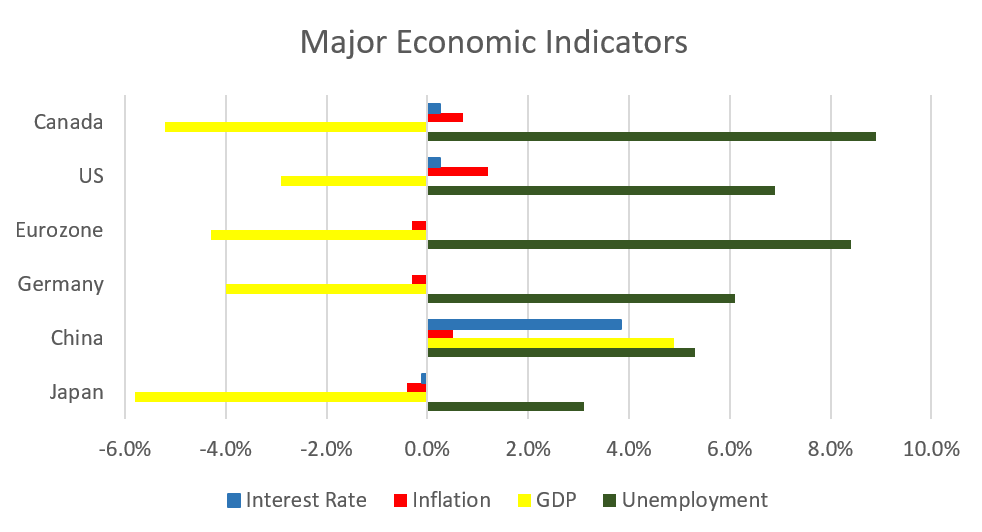 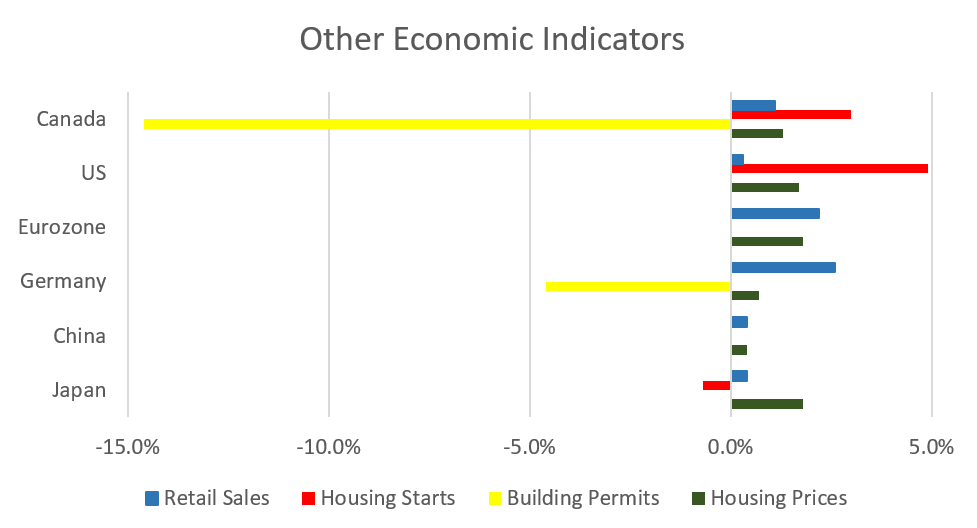 Canada’s unemployment rate declined slightly to 8.9% in October.  The economy added 83,600 jobs during the month, 69,100 of which were full time jobs and 14,500 were part time jobs. Self-employment increased for the first time since the onset of the COVID-19 pandemic.

Housing prices across Canada were up +1.3% in October, the strongest gain for the month of October in the 22 years of the index. Ottawa was again the top performer with a gain of +2.7%, followed by Hamilton, Montreal, and Victoria at +2.1%, +1.8% and +1.7%, respectively.  None of the major Canadian housing markets were down for the month.

The inflation rate for October was +0.4%, and +0.7% on an annual basis.  Core inflation which excludes more variable items such as gasoline, natural gas, fruit & vegetables and mortgage interest was +1.0%.  The cost of food, shelter, and health & personal care rose, while prices of recreation, clothing & footwear, and reading & education declined.

Canada’s GDP was up +0.8% in September, the fifth consecutive monthly gain, but economic activity remains 5% below pre-pandemic levels. Both goods and services sectors were positive; 16 of 20 industrial sectors posted gains.

As expected, the Bank of Canada left its benchmark interest rate at 0.25% at the October 28 meeting.  The BoC has adjusted its quantitative easing program towards purchasing longer-term bonds and that total purchases will be gradually reduced to 4 billion per week.