July was another good month for the equity markets; REITs were again the stars. Fixed income continued to recover from its first quarter losses. 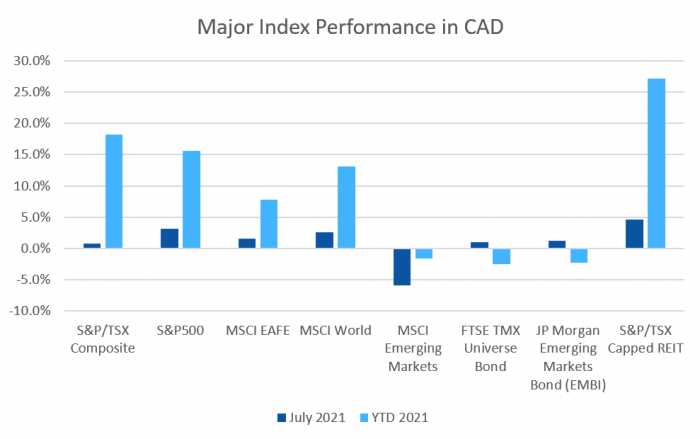 July was another good month for the equity markets, and REITs were again the stars. Fixed income continued to recover from its first quarter losses.

REITs continued to be the stars of 2021, returning more than +4% for the third time this year.  The YTD return for the S&P/TSX Capped REIT Index is now +27.1% 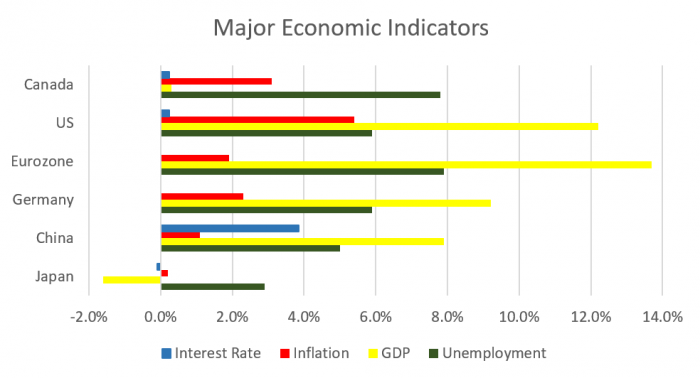 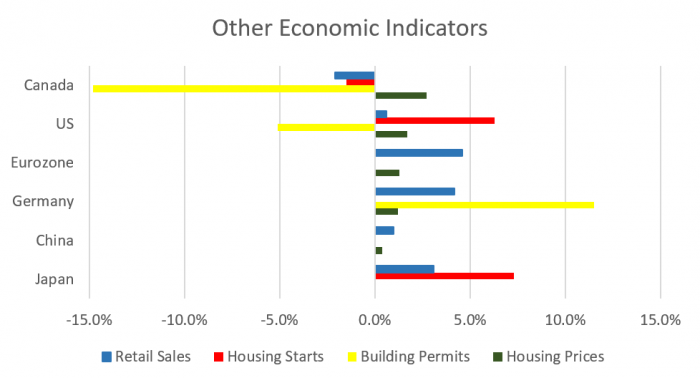 Canada’s unemployment rate dropped to 7.8% in June as most regions began lifting COVID-19 restrictions.  The economy gained 230,700 jobs, all of which were part-time jobs; full time employment declined -33,200. Accommodation and food services gained 101,000 jobs, followed by retail with 75,000.

The level of new housing starts declined -1.5% to 282,100 in June, above forecasts of 270,000.  Urban housing starts declined -1.8%, due to a decline of -8.5% in single family home construction.  Building permits slumped -14.8 in May to $9.5 billion, not a huge surprise following four months of record highs. Every sector in the index was down; residential permits dropped -16.0% as multifamily building permits dropped -20.6% to $3.3 billion the lowest level since August 2020.  Multifamily construction in Ontario accounted for more than half of the overall decline.

The inflation rate for June was +0.3%, and +3.1% on an annual basis.  Core inflation which excludes more variable items such as gasoline, natural gas, fruit & vegetables and mortgage interest was +2.7%.  The rise in inflation was attributed mostly to gasoline (+32.0%).  Excluding gasoline, the inflation index rose +2.2%.

Canada’s GDP was down -0.3% in May, the second decline in two months.  12 of 20 industrial sectors declined with construction and retail the largest decliners.

As expected, the Bank of Canada left its benchmark interest rate at 0.25% at the July 14th meeting.  The benchmark interest rate is expected to remain at its current low level until into second half of 2022. The BoC reduced its quantitative easing program of purchasing government and corporate bonds to $2 billion per week, down from $3 billion.  The next meeting is scheduled for September 8.