After equity markets finished December strongly, they took a breather in January. Bond markets didn’t do much better. 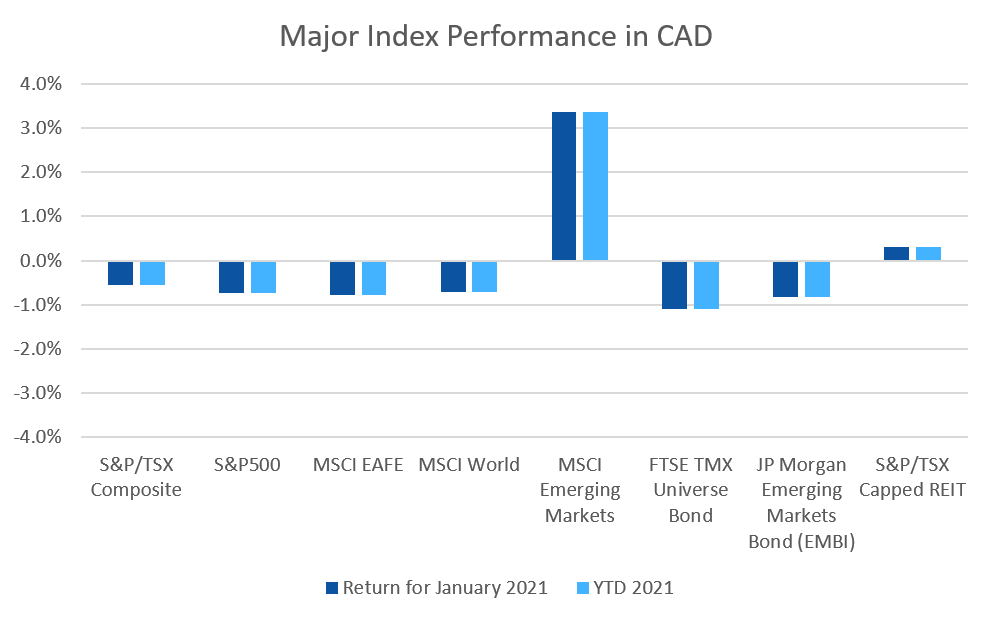 Bonds didn’t perform much better than equities in January.  The major Canadian bond index, the FTSE/TMX Universe Bond Index, was down -1.1% and the FTSE/TMX Short-term Bond Index was up +0.1%. US investment grade bonds in the US fared worse: the ICE BoA AAA and BBB indexes were down -2.3% and -1.0% respectively.  High yield did better at +0.4% for HY Master II and +2.4% for the CCC and lower (the real junky stuff). The yield on the CCC index is lower than we’ve seen in decades, which could be the sign of a pending turn in the high yield markets. Emerging market bonds were down -0.8%, and REITs were up +0.3%.

The Canadian Dollar (CAD) lost -0.4% against the US Dollar in January, and the Euro gained +0.6% against CAD. 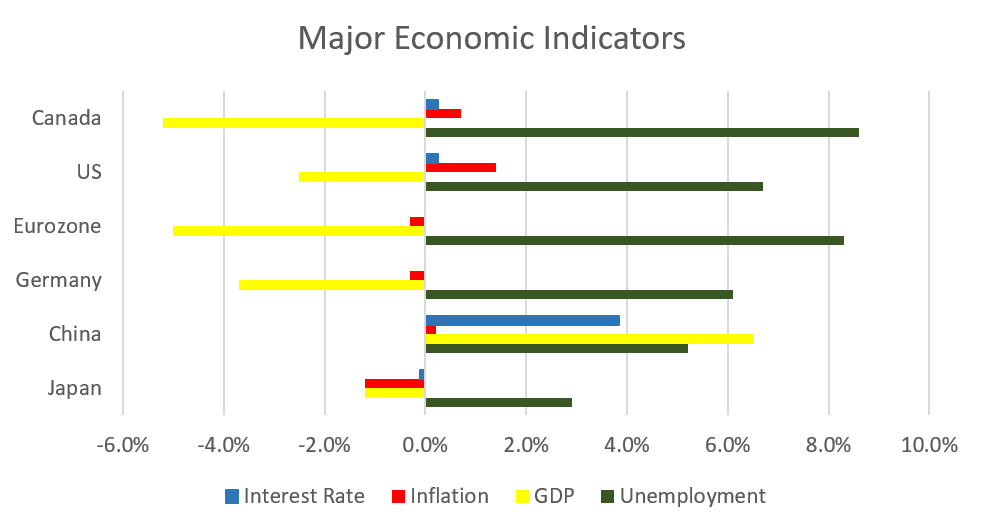 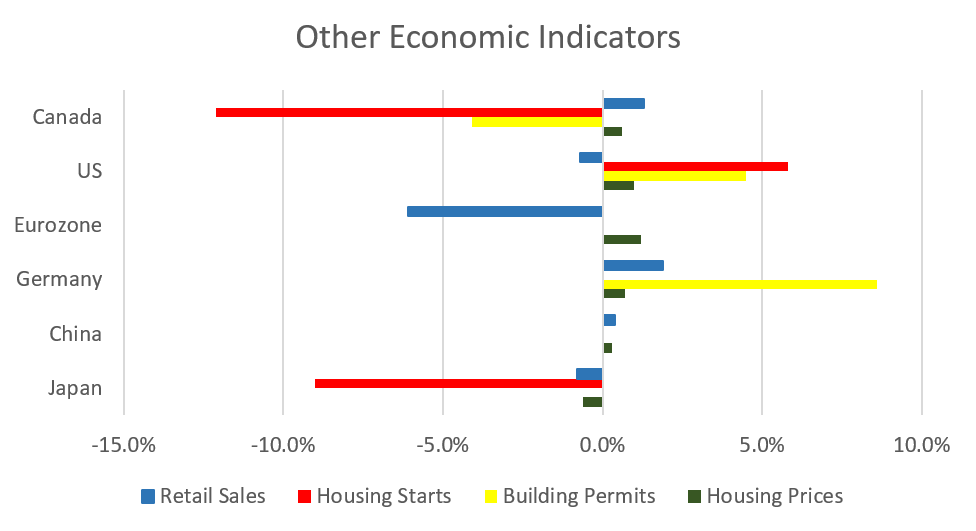 The inflation rate for December was -0.2%, and +0.7% on an annual basis, largely due to a decline in demand.  Core inflation which excludes more variable items such as gasoline, natural gas, fruit & vegetables and mortgage interest was +1.5%.  The cost of food and shelter rose.

Retail sales were up +1.3% in November, the seventh month of positive growth.  Sales rose at grocery stores and e-commerce sites. Sales declined at car and parts dealers for the first time since April.  Compared to a year ago retail sales were up +7.5%.

Canada’s GDP was up +0.7% in November, the seventh consecutive monthly gain since the biggest contraction on record in March and April.  Both goods and services sectors were positive; 14 of 20 industrial sectors posted gains.