February was a strong month for equity markets, much stronger than usual for that month of the year. Fixed income on the other hand, was down almost across the board. 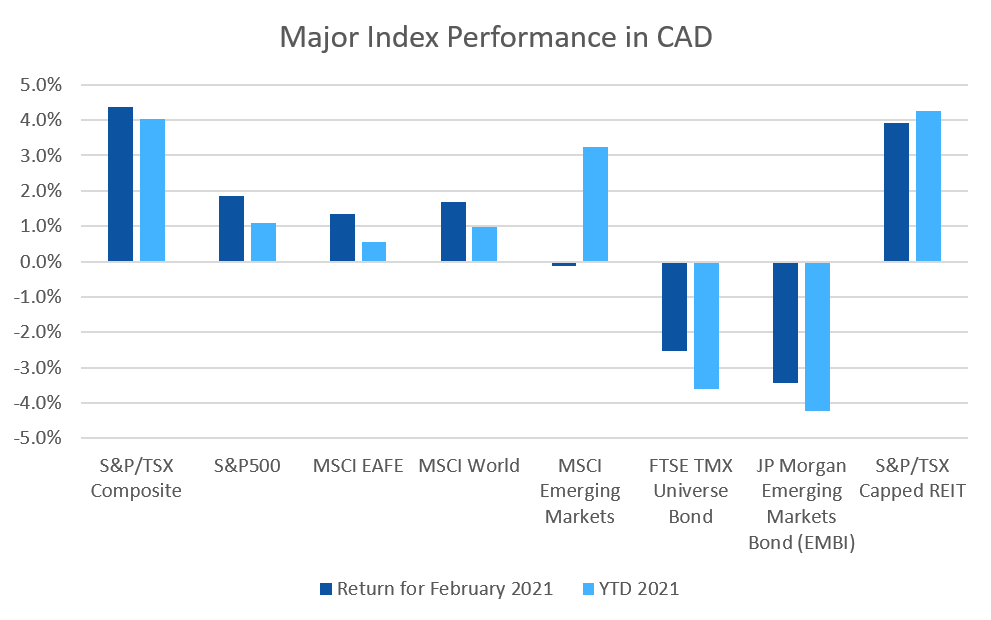 February was a strong month for equity markets, much stronger than usual for that month of the year. Fixed income on the other hand, was down almost across the board.

Bonds were one of the few weak spots in February.  The major Canadian bond index, the FTSE/TMX Universe Bond Index, was down -2.5%, its worst month since May 2004.  That index is on track for its worst quarterly performance since 1994. The FTSE/TMX Short-term Bond Index was down -0.8%, its worst month since June 2017.  US investment grade bonds fared similarly poorly; the ICE BoA AAA and BBB indexes were down -3.3% and -1.8% respectively for February.  The AAA index is down -5.5% so far in 2021, its worst drawdown since the 2008-09 financial crisis.  High yield did better at +0.3% for HY Master II and +0.6% for the CCC and lower index (the real junky stuff). Emerging market bonds were down -3.4%, their worst month since last March. REITs were up +3.9% in February.

With oil recovering, its taking the Canadian Dollar (CAD) along with it.  CAD gained +0.7% against the US Dollar in February, and +1.1% against the Euro.

Below are the readings received in February for the major economic indicators: central bank interest rates, inflation, GDP and unemployment. 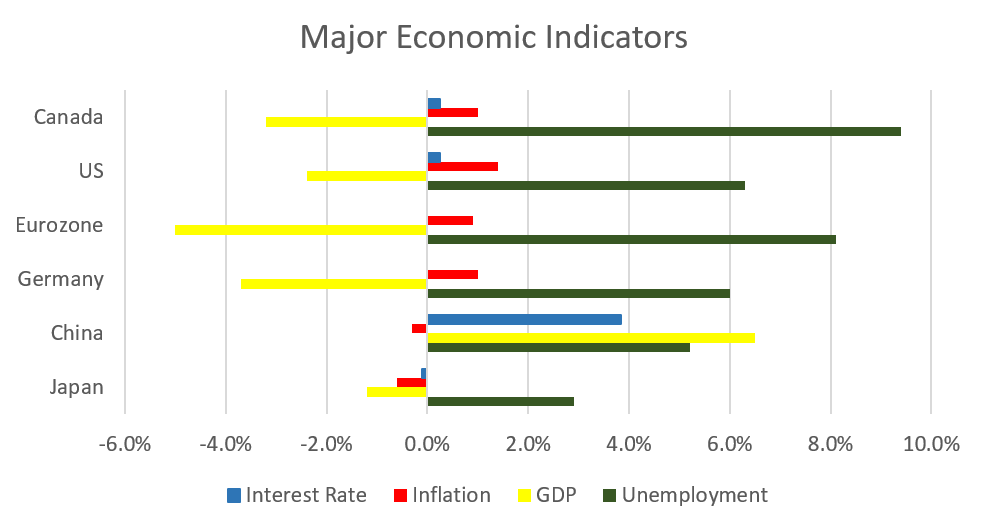 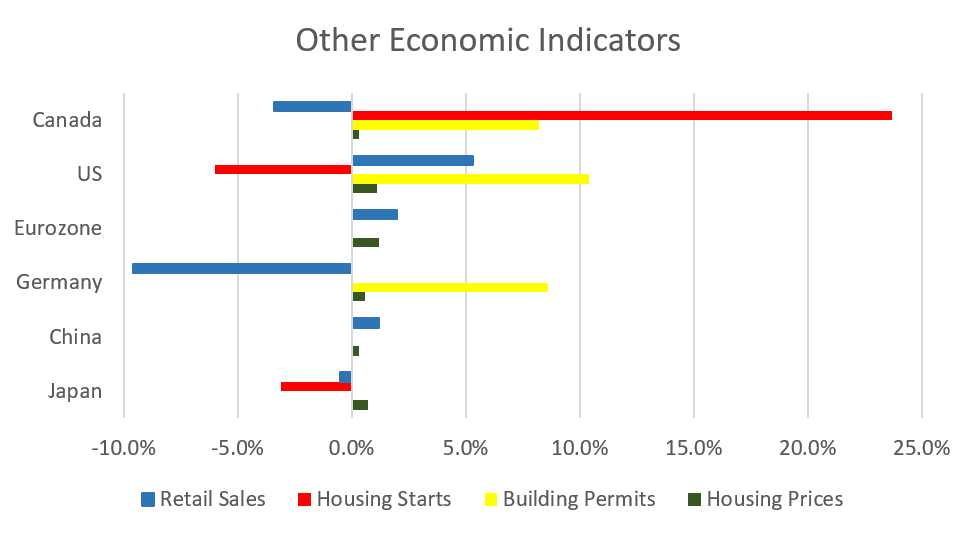 Canada’s unemployment rate spiked up in January to 9.4%.  The economy lost 212,800 jobs during the month, well above the forecasts of a 47,500 decline.  225,400 of the losses were part time jobs which were concentrated in Ontario and Quebec; while full time employment rose 12,600.

The inflation rate for January was +0.6%, and +1.0% on an annual basis.  Core inflation which excludes more variable items such as gasoline, natural gas, fruit & vegetables and mortgage interest was +1.6%.  The cost of transportation, recreation, and food rose.

Canada’s GDP was up +0.1% in December, the eight consecutive monthly gain since the biggest contraction on record in March and April.  Collectively the goods producing sectors rose +0.6% while the services sectors declined -0.1%.  12 of 20 industrial sectors posted gains in December.  For 2020, 17 of 20 industrial sectors declined; the goods sectors shrank -6.2% in the largest decline since 2009, while the services sectors declined -4.9%, their largest decline since the data series began in 1961.