October was another good month for stocks, while one of the best performing asset classes, REITs, took a breather. 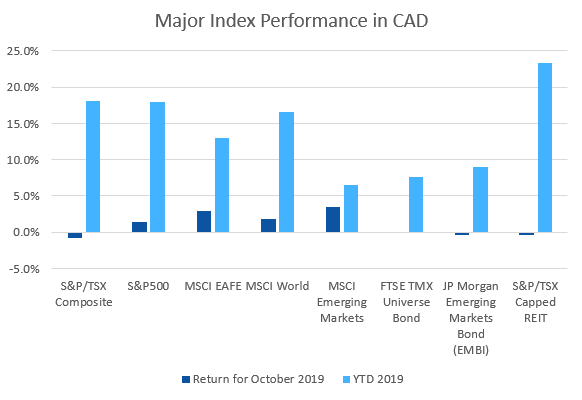 The headline commodities, oil and gold were both up in October.  Oil was up +0.2% and gold was up +2.8%. The diversified Bloomberg Commodities Index was also up for the month: +1.9%.

There are four major factors that are generally accepted as the basis for strategies in managing stock portfolios. They are “Value”, “Low Volatility”, “Momentum” and “Quality”. Through the month of October, the U.S. stock market showed strength in the strategies that emphasize “Value”, continuing the strong performance they started in late September. “Value” is defined by comparing trading price to financial fundamentals. Also during October, strategies that emphasize “Low Volatility”, which is defined by how much trading prices jump up and down, were the weakest. These had been the strongest strategies for over a year.

Every trade occurs between a buyer and a seller. The market price of a tradeable security is just a price at which one trader is willing to sell and another is willing to buy. It is the outcome of pressure from all the traders in the market: some skilled, some not; some who have done analysis, some who have not done any; some human, some not. The views of the two sides of any trade can differ substantially from each other.

During October one of the most watched new companies, WeWork, was planning to sell shares into public markets. There was enough interest from some people, to value the company at $47 billion U.S. It was one third owned by SoftBank, a huge, high-profile investment firm out of Japan; surely they know how to price a trade.  This month problems started to surface at WeWork and they cancelled the sale of shares to the public. Then SoftBank had to put in $10 billion U.S. to bail out the company, and was left with a value of only $8 billion U.S. So you see even experts can be severely challenged to calculate the “value” of a company.

ModernAdvisor takes the safe and stable path, targeting broad market indexes rather than betting your money on someone’s forecast or a “hot” strategy. 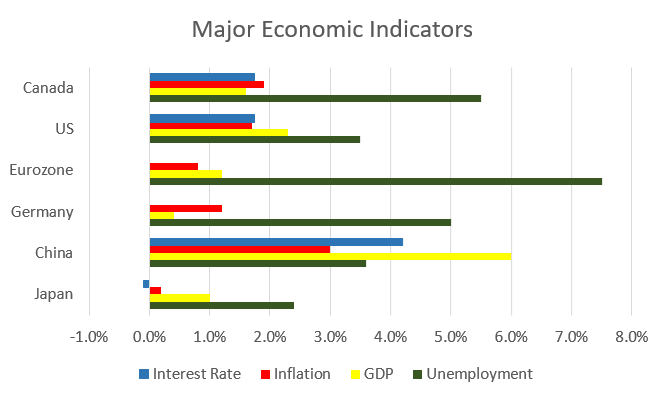 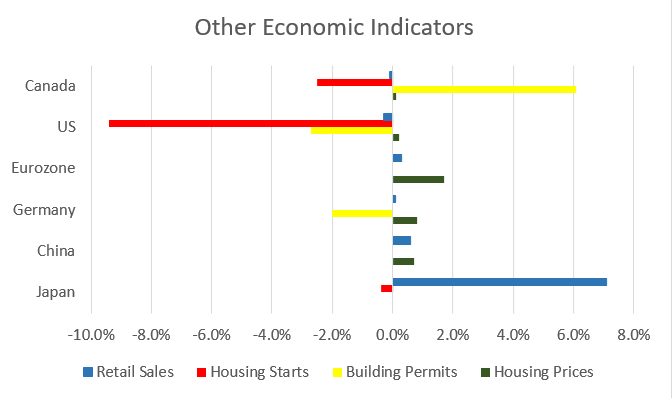 Retail sales declined -0.1% in August; compared to a year ago retail sales were up +1.1%.  Sales declined at food & beverage stores, gasoline stations, and building material and garden equipment stores.  Sales rose at general merchandise stores.  Sales were also up at cannabis stores, which posted their fifth double digit gain in the last 6 months at +18.6%.

The Bank of Canada left its benchmark interest rate unchanged at their October 30 meeting.  With inflation remaining tame, no changes are anticipated (if at all) until well into 2020.