May was another good month for the equity markets, while fixed income recovered a little of the losses from the first quarter. 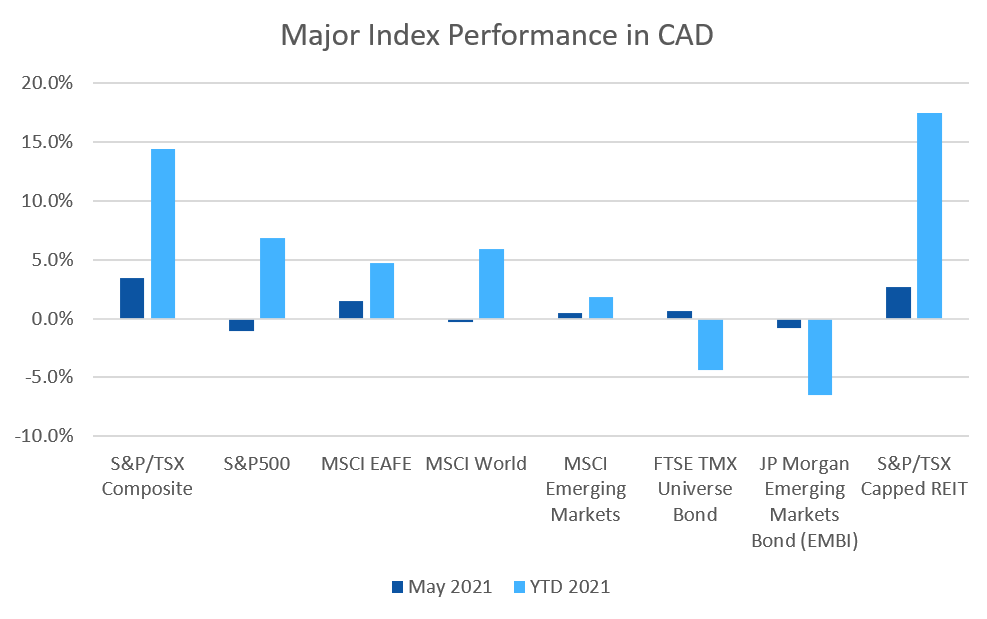 May was another good month for the equity markets, while fixed income recovered a little of the losses from the first quarter.

Bonds were up in May.  The major Canadian bond index, the FTSE/TMX Universe Bond Index, gained +0.6% in May while the FTSE/TMX Short-term Bond Index was up +0.1%.  US investment grade bonds performed similarly; the ICE BoA AAA and BBB indexes were up +0.6% and +0.8% respectively for May.  High yield was up +0.3% for HY Master II and +0.5% for the CCC and lower Index (the real junky stuff).  Emerging market bonds were down -0.8%.

Below are the readings received in May for the major economic indicators: central bank interest rates, inflation, GDP and unemployment. 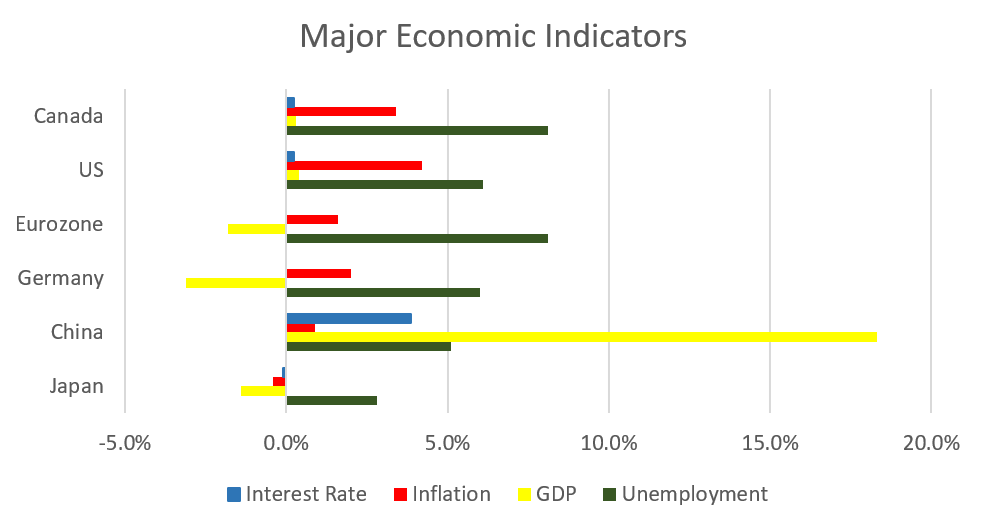 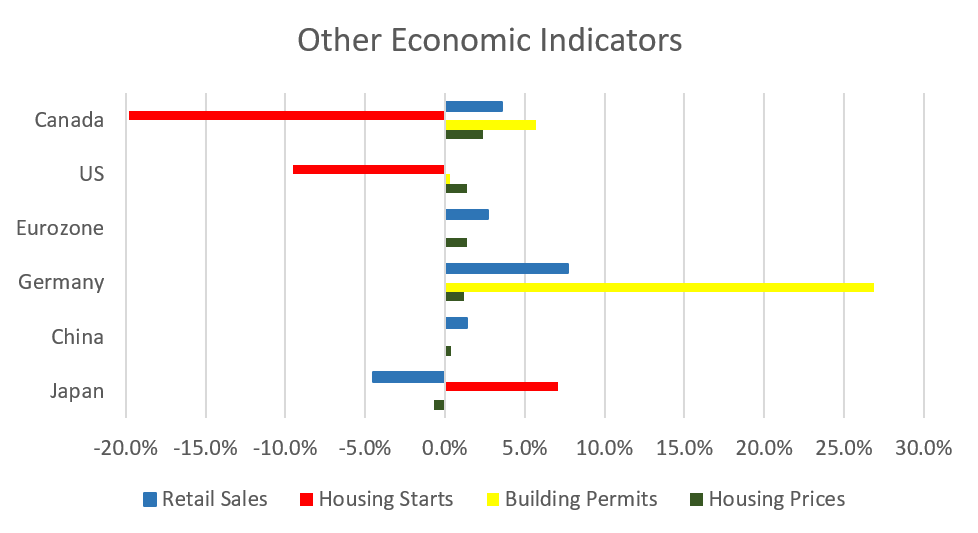 Canada’s unemployment rate climbed to 8.1% in April, driven by an increase in people looking for work and those on temporary layoffs.  The economy lost 207,100 jobs during the month as pandemic restrictions were tightened in several provinces; 129,400 were full time jobs and 77,700 were part time jobs.

The inflation rate for April was +0.5%, and +3.4% on an annual basis.  Core inflation which excludes more variable items such as gasoline, natural gas, fruit & vegetables and mortgage interest was +2.3%.  The annual inflation rate was the highest reading since May 2011. The rise in inflation was attributed mostly to higher gasoline prices (+62%), and the homeowners replacement cost index (+9.1%), the largest increase since April 1989 as higher building costs and demand for single-family homes continued to surge.

Canada’s GDP was up +1.1% in March, the eleventh consecutive monthly gain since the biggest contraction on record in March and April of 2020.  Collectively the goods sector and services sectors both rose +1.1%.  18 of 20 industrial sectors posted gains for the month.  Early estimates for April suggest a contraction reflecting increased COVID-19 measures in some provinces.

As expected, the Bank of Canada left its benchmark interest rate at 0.25% at the April 21st meeting.  The benchmark interest rate is expected to remain at its current low level until into 2022. The BoC reduced quantitative easing program of purchasing at least $4 billion of government and corporate bonds per week to $3 billion per week.  The next meeting is scheduled for June 9.