June was another good month for the equity markets, while fixed income continued to recover their first quarter losses. 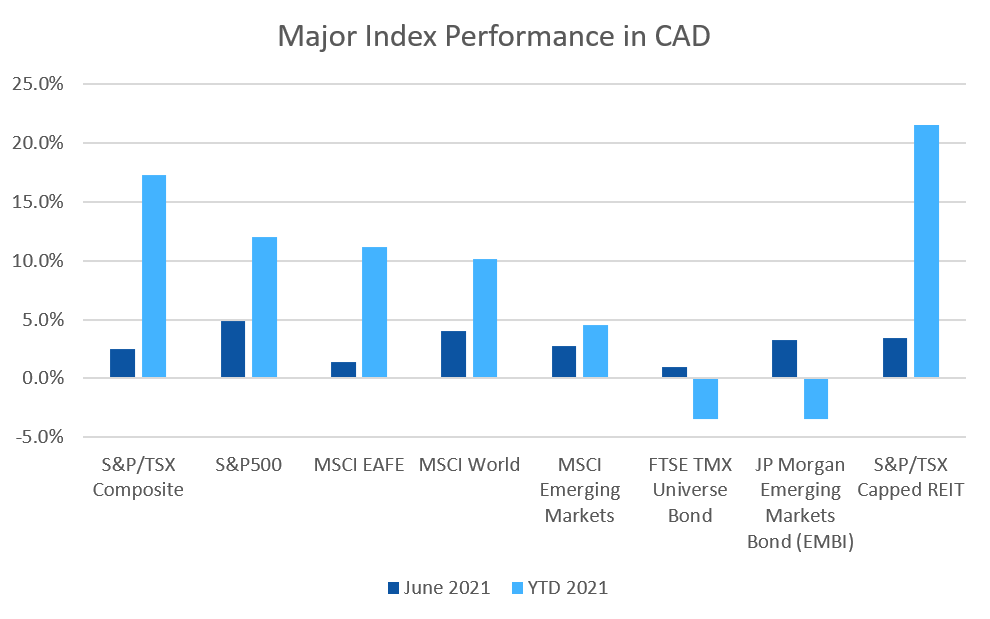 June was another good month for the equity markets, while fixed income continued to recover their first quarter losses.

Bonds were mostly positive in June.  The major Canadian bond index, the FTSE/TMX Universe Bond Index, gained +1.0% in June while the FTSE/TMX Short-term Bond Index was down -0.2%.  US investment grade bonds performed strongly; the ICE BoA AAA and BBB indexes gained +2.6% and +1.7% respectively for the month.  High yield was up +1.4% for HY Master II and +1.9% for the CCC and lower (the real junky stuff) Index.  Emerging market bonds put in their strongest performance in over a year, gaining +3.3%.

When some investors hear that markets hit all time highs, their first thought may be “then the market is due for a pullback, maybe I should sell”. It is possible that a recent high will be the all time high for a while, but often that is not the case.  Morgan Stanley looked at the last 30 years of performance for the S&P500 and found something interesting: your return is better if you invest at or near the all time high, rather than on any other day: 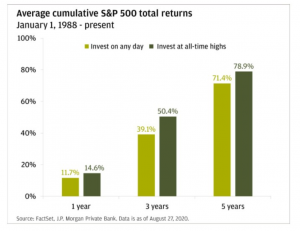 Another way of looking at it is how often is the market at all time highs? I came across this interesting graph from Engaging Data:

So the next time you hear about the stock market being at an all time high, it could just be the best time to invest.

Below are the readings received in June for the major economic indicators: central bank interest rates, inflation, GDP and unemployment. 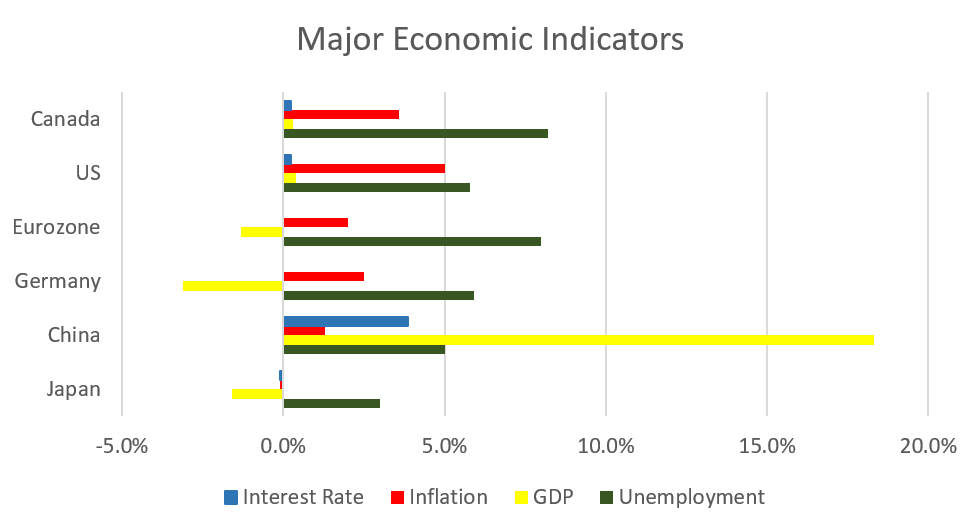 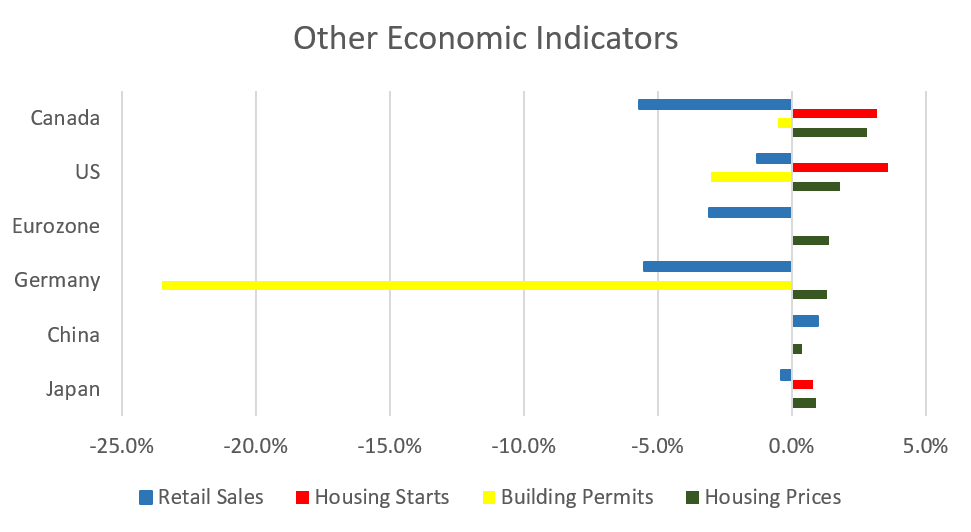 Canada’s unemployment rate climbed to 8.2% in May.  The economy lost 68,000 jobs during the month as pandemic restrictions were tightened in several provinces; 13,800 were full time jobs and 54,200 were part time jobs. Most of the job losses were seen in Ontario and Nova Scotia.

The inflation rate for May was +0.5%, and +3.6% on an annual basis, the largest increase in the inflation index since May 2011.  Core inflation which excludes more variable items such as gasoline, natural gas, fruit & vegetables and mortgage interest was +2.8%.  The rise in inflation was attributed mostly to a low level comparison to 2020, particularly for gasoline (+43.4%), and the homeowners replacement cost index (+11.3%), the largest increase since 1987 as higher building costs and demand for single-family homes continued to surge.

Canada’s GDP was down -0.3% in April, the first decline in eleven months.  12 of 20 industrial sectors declined as gains in goods producing sectors were offset by losses in the services sector – primarily a -5.5% decline in the retail sector.

As expected, the Bank of Canada left its benchmark interest rate at 0.25% at the June 9th meeting.  The benchmark interest rate is expected to remain at its current low level until into second half of 2022. The BoC maintained its quantitative easing program of purchasing at least $3 billion of government and corporate bonds per week.  The next meeting is scheduled for July 14.