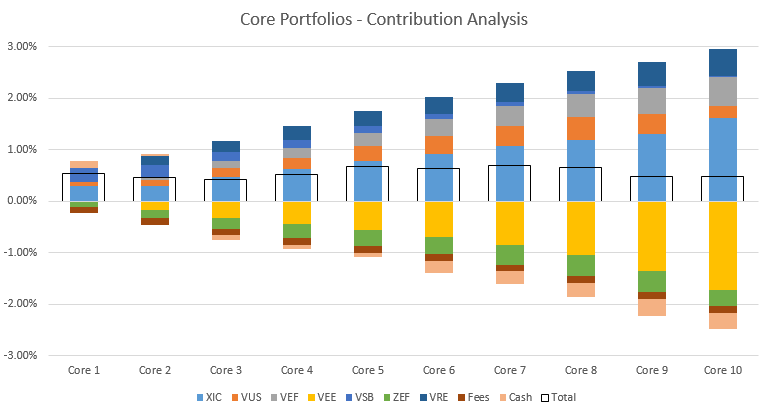 The Socially Responsible portfolios followed a similar pattern.  Canadian stocks (XEN) were the largest positive contributor, followed by currency gains on DSI, ESGD, ESGE, and REET.  Since those ETFs are priced in US Dollars, we’ve presented the currency effect separately from the performance of the ETFs themselves.  Real estate investment trusts (REET) and US stocks (DSI) also contributed positively.  As in the Core portfolios, emerging market stocks (ESGE) were the largest negative contributor, followed by emerging market bonds (ZEF) and international developed market stocks (ESGD). 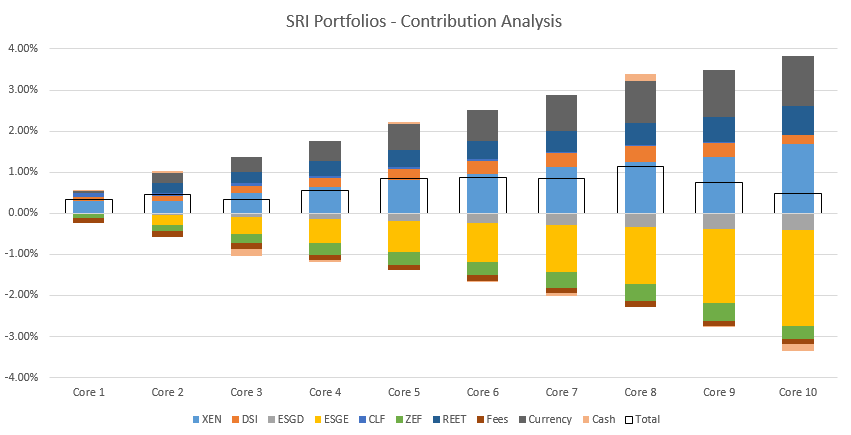 If you’ve been with ModernAdvisor since the beginning you enjoyed good performance in 2016 and 2017.  2018 has so far seen markets that have been much less supportive of diversified portfolios.  It is important to remember that all asset classes and investment strategies go through periods of underwhelming performance.  A natural reaction is to want to make a change, try something else, basically do something when your portfolio is doing nothing.  Long-term returns on the stock markets are strong, but the path to receiving those returns is long and tedious when they are going through one of their uncooperative periods.  Patience is key when investing for the long-term, but hard to do these days when it’s easy to get anything you want with just a couple of clicks!

Canada’s unemployment rate was unchanged at 5.8% in May for the fourth month in a row. 31,000 full time jobs were added in May while 23,600 part time jobs were lost.

The level of new housing starts declined -9.8% in May to 196K, while the value of building permits issued in April declined -4.6%.

The inflation rate for May was +0.1%, and +2.2% on an annual basis.  Core inflation which excludes more variable items such as gasoline, natural gas, fruit & vegetables and mortgage interest was+1.3%.

Canada’s GDP growth was +0.1% for April, led by a +0.2% gain from the goods side as manufacturing and utilities offset declines in construction and oil & gas.  The services sector was flat.