December was a good month for most equity markets, while one of the best performing asset classes in 2019, REITs, took a breather.

As each calendar year turns into the next, many of us look back at the past year to see where we stand. Most of us consider the year ahead and wonder where we might be going.

In the investment world, this often develops into explanations of performance earned, and forecasts of possible good and bad performance in the future. Yet every report of investment performance offers the small print, “past performance does not predict future results”.

This seems to be a natural human bias. If you flip a coin five times and it comes up heads every time, how are you going to bet? If it keeps changing, you feel uncertain with no way of knowing how to bet.

Getting specific, 2019 was a very good year for US stocks, in the top 10% of all years. The last five years of return is near, but above, the median of all five-year returns. The last fifteen years of return is certainly in the top 25% of all 15-year returns. Some people will make a strong case that we should expect more strong returns. Others will claim convincingly that this cannot continue, and we should expect a reversal.

Hulbert makes another valuable point. U.S. stocks are up about 67% of the time. Is that good or bad? That depends on your risk tolerance and circumstances. Those are good odds if your focus is making money next year. But if you are a retiree, a one in three chance of losing money may be unacceptable.

As always, focus on your personality, circumstances, objectives and constraints. ModernAdvisor helps you with that. 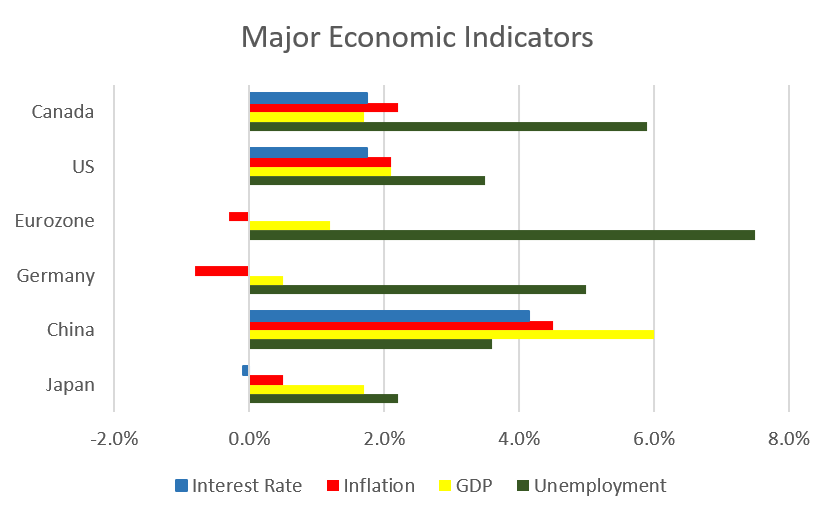 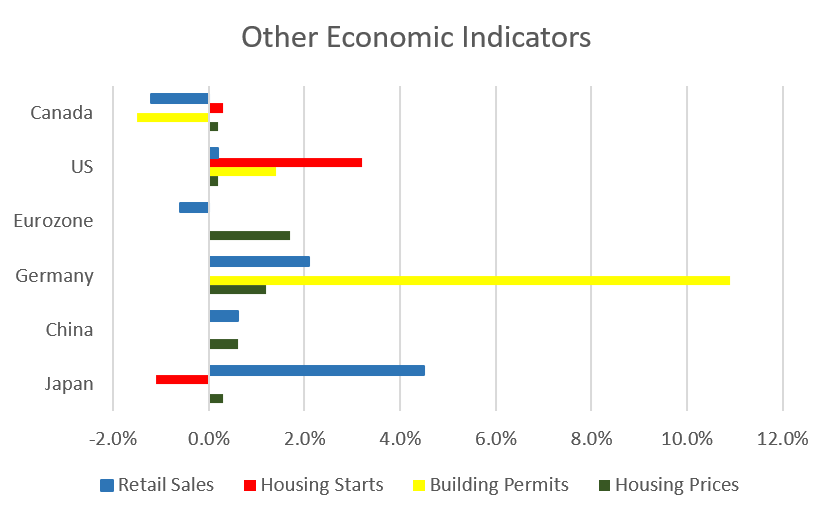 The inflation rate for November was -0.1%, and +2.2% on an annual basis.  Core inflation which excludes more variable items such as gasoline, natural gas, fruit & vegetables and mortgage interest was +1.9%.  The increase in the annual inflation rate was driven largely by a rebound in energy prices.

Canada’s GDP declined -0.1% in October, the first decline in 8 months.  Goods producing industries declined -0.5%, driven by a -1.4% decline in manufacturing.  The services sector was flat.

As expected the Bank of Canada left its benchmark interest rate unchanged at their December 4 meeting.  With inflation remaining tame, no changes are anticipated (if at all) until well into 2020.